My name is Colleen, and I love sharing stories about people…. I believe “Everybody has a story”…

This is Jim and here is his story.

I first got to know Jim in a parking lot.

Yes, in a parking lot of my favorite grocery store.

You see….He spends a lot of time outside of the store,…. in the parking lot,… wearing a reflective vest,…. collecting grocery carts.

In the winter, Jim collects the grocery carts in the most awesome hat, ever… He wears one of those warm and fuzzy hats that has the fold-down ear covers….It’s so fitting for him….!!

This may sound silly, …but,.. a parking lot is a great place for Jim to spend much of his work day.

Because I learned, very quickly after meeting Jim, that he loves everything about cars.

Jim is a very friendly guy. He always has something to talk about to the customers who pull up… He will say “That’s a great color (car),…. I love the sparkle in that paint they used, .. The engine in your car is amazing…”…. Things like that….

He can tell you from memory .. random facts about::::….The year of a vehicle, the make and model, the engine size and description, the design, the year they changed the design, etc..

I don’t know much about cars, but every time I pull into the parking lot at Hannafords, I learn something new.

When I pulled up in my new Volvo, last April…..There was Jim, noticing it right away… “Hey”, he said “You should have waited, they are changing the design to look different in next year’s model.” That’s just one example of how our many car conversations started happening.

Another cute story about Jim…. He’s been working at Hannafords since 2006. We became parking lot buddiess right around then. From 2006 until just last year in 2014 , Jim thought my name was CHRISTINE…. I got used to him calling me that name. I never corrected him.

Because I have a large family, I shop at Hannaford’s about 4 times a week. So, I got conditioned ..Up to 4 times a week, pulling up in my car, I always knew if I heard “Hi Christine”, that it was Jim wanting to chat.

I don’t know what happened, but he suddenly realized that my name was actually Colleen. I was sort of disappointed when he corrected himself… I actually loved being Christine. It was me and Jim’s “thing”…

I got thinking….. Jim is such a bright guy… He knows so much about cars and is so darn friendly…. I needed to know his “back story”….

I never knew his last name until yesterday.

I just learned that Jim is from a small town nearby. Rifton, NY… He graduated from one of the best PRIVATE High Schools in this area… OUR LADY OF LORDES….. He went on to a local community college, then on to get his bachelors degree in Industrial Design fromKean University in New Jersey.

Jim just sent me the link to his website… (I will share at the end of this story).

I read through his website.. and learned so much..

He draws and sketches AMAZING photographs of vehicles. Mostly classic ones. You HAVE to check it out.

I learned that he was featured in the most recent issue of Antique Cars magazine. (The article is on his website)

I also learned that he illustrates, designs, and sells his drawings..

Here’s the “everybody has a story” part to his story ..

Jim did not have it easy as a child.  When he was 4 DAYS old he had open heart surgery.. Which lead to a blood infection. The doctors didn’t think he would ever be able to use his right arm. This lead to speech and coordination therapy. As an adolescent he had a learning disability called dysgraphia (a disability to write) and had problems with visual spacial processing..

What? Can you imagine, he overcame these disabilities and became the guy that draws these detailed designs (see photo below)….

He took those “short falls”, worked though them, and now he’s got this amazing talent in visual art….

I contacted Jim through Facebook inbox messaging to get some info from him since he agreed to let me feature him on BEING HACK..  In the message I sent Jim, I asked him this question..  “Do you ever feel discouraged….?”

Here’s what he wrote:

Once and a while I feel discouraged. It’s usually when I feel like I did all that hard work of drawing, then lose a sale.

Most of the time I keep on humming along, being my chipper self.

Also, please use my current Facebook profile picture in your story. That “selfie” photo is how I present myself to the world.

How can you not just LOVE this guy !!? I learned a lot more  than I thought I would about Jim by writing this story.

Just another reminder that you need to stop and just be nice to somebody …and listen to them. Remind them about how awesome they are !

If you ever shop at Hannaford on Ulster Avenue in Kingston, NY… Look for Jim. He will talk your ear off about cars… and that is so refreshing to me… Hannaford is lucky to have him.

Thanks for letting me do this story about you, Jim .. I am so proud to be your friend. 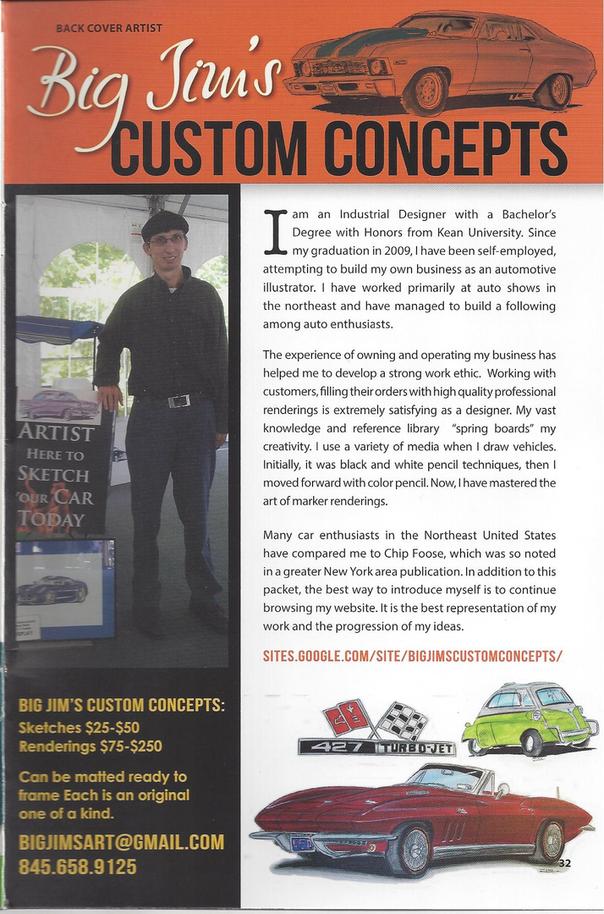 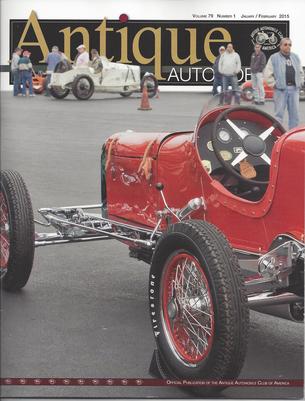 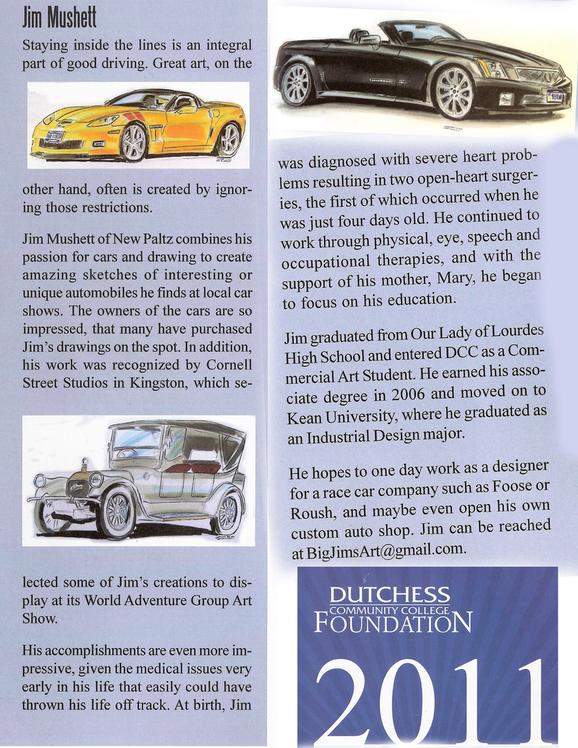 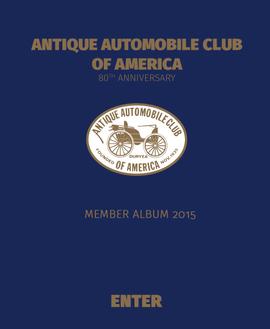 We’ve recently gotten to know SCMer Jim Mushett, and he sent us some of his automotive illustrations. Jim will create custom art, including sketches, marker renderings and black-and-while illustrations of your collectible car. You can find his workat https://sites.google.com/site/bigjimscustomconcepts/.

James William Mushett, III
Mid-Hudson Region
New Paltz, New York
Classic Cars are my passion, as well as, drawing them. As an automotive illustrator, I feel like the design greats Raymond Loewy and Brock Stevens when working on classic car renderings. In the fall of 2002, I started a small business named Big Jim’s Custom Concepts, traveling to car shows, sketching and selling my artwork. This business allowed me to combine my love for art and the automobile, as well as meeting others passionate about classic cars. The numerous AACA members I had the pleasure of meeting and forming friendships with have expanded my taste in cars from not just late model cars and muscle cars into an appreciation for all kinds of vehicles. http://www.bigjimsart.com/ https://sites.google.com/site/bigjimscustomconcepts/ 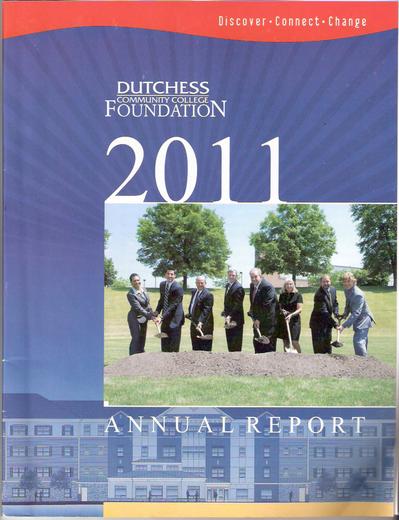 eblackdesignPeople who inspire me: This one is about perseverance. Last week I was introduced to Jim Mushett's work. I would like to share it, and a bit of his story, with you. Jim's journey through life hasn't been quite the same that most have. Enduring open heart surgery at 4 days old, then another at 2-1/2 years of age, Jim was tested from the very start. Those operations saved his life but put many additional challenges in front of him. Doctors said he would most likely never have the use of his right arm, and he had to deal with many speech and coordination therapies throughout the years. But I'm not going to dwell on these things and I don't think Jim would want to either. We're here to talk about cars dang it! You see, along with gaining degrees in commercial art & advertising as well as industrial design, Jim has a true die hard love of the automobile. He and I are very similar indeed. We love everything about cars and are just compelled to draw them. I feel very fortunate to be able to have a hobby that pays my bills, and that's what Jim is hoping for as well. I have some ideas that I'll be working on with him in the future to see if we can make that a reality. His website URL is a mile long so I can't put it up here, but if you google "Big Jim's Custom Concepts" you are sure to find it. Please go check it out. Oh, and that right arm I mentioned? Yeah, it created the drawings you see here....#PeopleWhoInspire #AutomotiveDesign#HAMB #HopUpLive 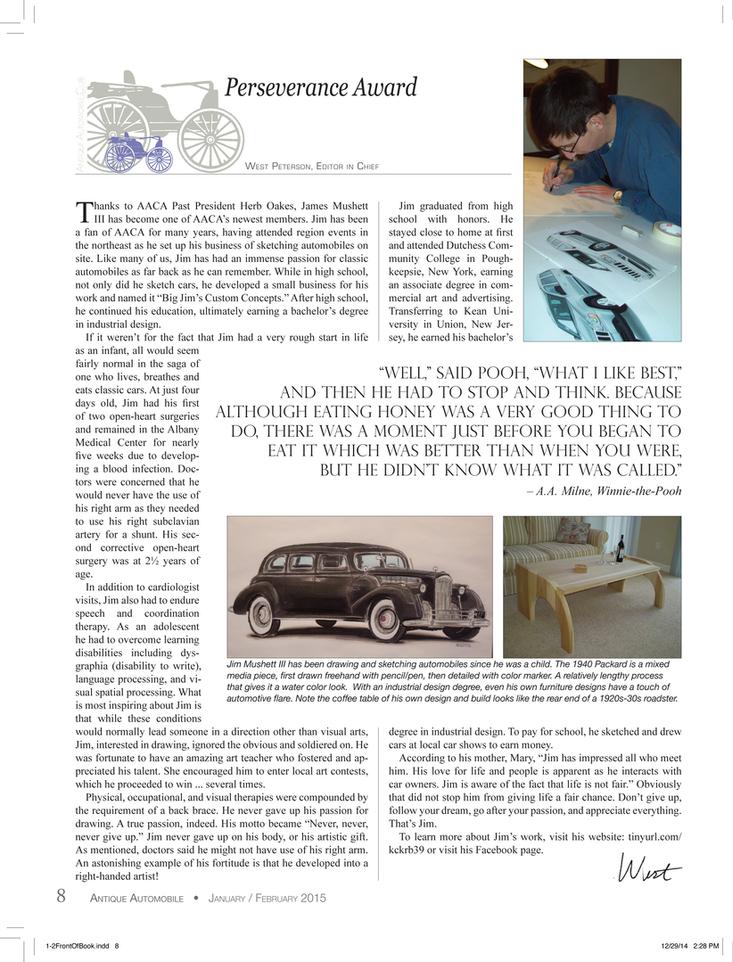